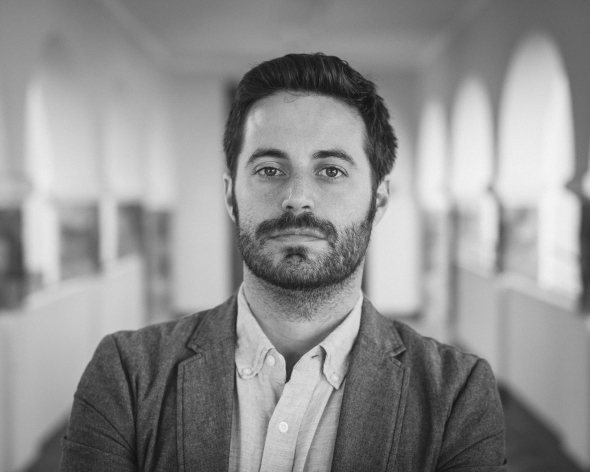 Garrard Conley has taught English Language and Literature at ACS since 2013. He recently finished his memoir Boy Erased[1] on surviving Love in Action’s “ex-gay” therapy as a nineteen-year-old college student who, to further complicate things, is the son of a Missionary Baptist pastor. Upon reading Garrard’s beautiful, heartfelt but also important book, which I absolutely loved, I felt compelled to learn (and then share) more – about his resources for finding strength, his particular creative process, and last but not least about his experience teaching teenagers.

When did you first see your “ex-gay” therapy experience as a future book?

For the longest time I thought mine was an unremarkable experience, believe it or not. I grew up in the Deep South with a Missionary Baptist preacher for a father, after all, and I’d met so many other LGBTQ individuals who had it so much worse than me—so much so I didn’t really feel like I had the right to tell my story. The first time I realized my life could be fashioned into a story was in a nonfiction class in my University of North Carolina-Wilmington Master of Fine Arts program. A teacher of mine told the class we needed to tell our stories, and when the time came for me to suggest an idea, “ex-gay” therapy was the first thing that came out of my mouth. The entire class literally leaned forward in order to hear more details about the experience, and that’s when I knew I needed to tell my story.

Tell us more about your creative process.

It involves waking up at 4:30 in the morning in a panic, terrified that I won’t finish my book on time, and writing until it’s time to shower and teach for the day. I came to ACS under a one-year book contract, and I knew this was my one shot to make it in the publishing world, so I wrote and taught like a maniac for a year. I don’t know how I did it, honestly. Now that things have settled down, I write more sporadically, and I read with enthusiasm. It’s so great to have time to read widely again! 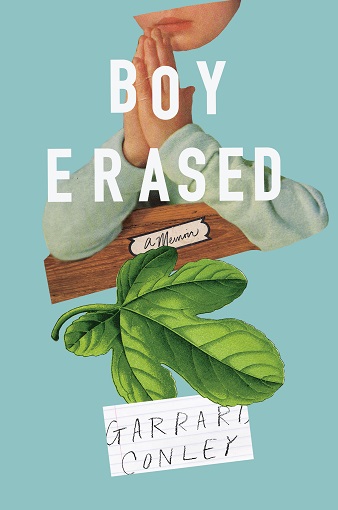 When did you know your memoir was finished and needed no additional work?

When I sent my book out on proposal (a long process that eventually, with luck, lands you an editor), I had to write a detailed outline for each chapter, along with 100 pages of an early draft. I remember long conversations with my friend Ashley when I was all in a panic about how to transform these sundry details of my life into art. I ended up writing an arc that closely resembles the book in its present form, though there were of course some changes made during the editing process. I knew it was done when I reached the part in the story that is the final day of “ex-gay” therapy, the day I left (spoiler alert: I’m still gay), and I was breathless, because I couldn’t believe I’d actually finished something so huge.

I think I said something to this effect in the disclaimer at the beginning of my book: “I wish none of this had ever happened. Sometimes I thank God that it did.” Though this is meant to be a bit tongue-in-cheek, I generally feel that this is true. I try to resist the “someday this pain will be useful to you” narrative, because I think it is very harmful and can lead to bad thinking, but I also can’t deny that I have learned quite a bit about my family, not to mention the way that the world works, from this experience.

What do you feel for the people still in “ex-gay” therapy? Your book is a powerful message to them among many, but if you had to pick just a sentence or two, what would you say to them?

Breathe. You Can Survive This.

Have you contacted any of your LIA counselors after your stay there?

Yes! I’m actually part of a secret Facebook group for survivors of Love in Action. It’s been really healing to see these people on a regular basis, doing silly things and working through their difficulties in transitioning to “ex-ex-gay.” A crazy word, I know, but it just means people who are no longer involved in reparative therapy.

You are, to my knowledge, the only openly gay teacher here at ACS. How does that feel?

Well, there are a lot of harmful stereotypes that still exist today about LGBTQ individuals, one of which is that we’re all perverted child molesters, a fact that couldn’t be further from the truth. So I sometimes get self-conscious, worried that people think I’m some kind of “big gay monster.” Of course most people at a place like ACS would never think such bigoted thoughts, but it’s a difficulty I deal with on a daily basis. For the most part, people at ACS are very supportive, and my students are very open-minded. In this way, I see myself as performing an important service for students at ACS, letting them see that I’m not any different, really, from any of their other teachers. There are, of course, days when I find this really exhausting, when I just want to forget about sexuality and focus on my job and not be enacting some kind of public service all the time, but it’s not very often that this happens. Most of the time I’m just happy to have this amazing job!

Do you consider ACS an environment free of any kind of discrimination, be it based on gender, sexual orientation, religion, ethnicity, etc.? If not entirely, what are some further steps you think need to be taken next?

No place is entirely safe from discrimination. We will always have work to do, because humanity is complex and constantly evolving, and the things we think are correct are always being turned on their heads with each passing decade. I think ACS could begin to think more seriously about issues of safety, ensuring that all of our students feel protected from any kind of discrimination.

How does your experience at the “ex-gay” therapy camp affect your teaching ELL to teenagers and dealing with kids of that specific age?

Being in “ex-gay” therapy made me realize that dogma of any kind is dangerous, so I always try to let students have their own voices in my classroom. I encourage students to explore with new ideas and try to fashion their own moral vision of the world. I think there is no better tool for this kind of development than literature. Literature is what saved me from suicide, and it’s what has consistently motivated me to be a better person, so I of course want to teach my students first of all to fall in love with literature. 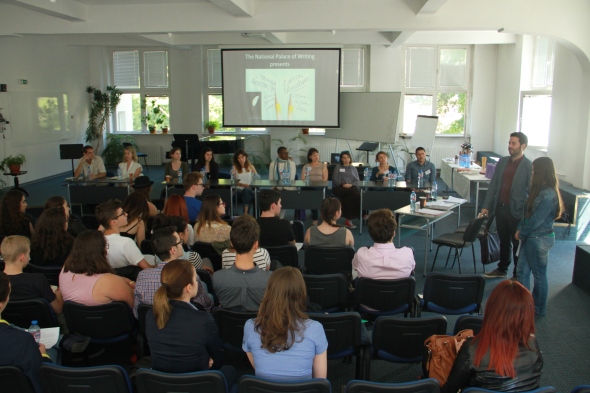 Panel discussion on writing and the writing life with Bulgarian and native English writers and Garrard’s ACS students, June 2015

Have things in the USA and especially the Bible Belt states changed much since June 2004?

My mom used to joke that she’d be dead and buried before she’d see same-sex marriage in the US. So there’s that. Of course we still have a very long way to go. Have you seen those articles about the parents who killed their 4-year-old because he was “acting gay?” I think the next big issue the US and other countries need to focus on is LGBTQ homeless youth.

Have things changed in Sofia since you first came here in 2013?

I’m not quite sure. Things seem to be getting incrementally better. I helped out with the Pride parade last year, and everything was very peaceful and celebratory.

What is Sofia and ACS to you?

Sofia is the place where I first fell deeply in love. It’s the place where I first met an amazing group of writers (the Elizabeth Kostova Foundation) and drank wine on the Black Sea and talked endlessly about philosophy and literature. I absolutely love it. And ACS is hands down the best place I’ve ever worked. These students are amazingly gifted.

Can you imagine Bulgaria as your home for good?

What makes you happy these days?

Writing of course, and that feeling I get when I’ve just witnessed something beautiful happen in my classroom. There’s that electric feeling you get when a class goes well, when you can actually feel the sparks flying in a discussion of good literature. These kids really are amazing.

Are you currently working on a new creative project?

Yes, I’m working on a novel and a series of essays to complement the book.

Thank you. We can’t wait!

The interview was first published in December 2015 as part of the ACS Alumni Magazine.

Roger and Susan Whitaker: In It Together »
« ACS Alumni at Teach For Bulgaria: Be the Solution!